1. Has Elohim discarded his people (the Jews)? Never, only were darkened their vision.

Romans 11:1-10 “I say then, has Elohim rejected His people? Let it not be! For I also am a Yisraĕlite, of the seed of Abraham, of the tribe of Benjamin. Elohim has not rejected His people whom He knew beforehand. Or do you not know what the Scripture says of Ěliyahu, how he pleads with Elohim against Yisraĕl, saying, (1 KIngs 19:10,14,18)
they have killed Your prophets and overthrown Your altars, and I alone am left, and they seek my life”? But what does the answer of Elohim say to him? “I have left for Myself seven thousand men who have not bowed the knee to Baal (Idols). So therefore also, at this present time a remnant according to the choice of favour has come to be. And if by favour, it is no longer of works, otherwise favour is no longer favour. And if it is of works, it is no longer favour, otherwise work is no longer work. What then? Yisraĕl has not obtained what it seeks, but the chosen did obtain it (those who have been assigned before the Foundation of the world), and the rest were hardened. As it has been written, Devarim (Deu) 29:4 & Ieshayahu (Isa) 29:10) “YHVW has given them a spirit of deep sleep, eyes not to see and ears not to hear, unto this day. David also says (Tehilim (Psa) 69:22-23), “Let their table become for a snare, and for a trap, and for a stumbling-block and a recompense to them, let their eyes be darkened, not to see, and bow down their back always.”

The Jews already pass through the right path as says Yeshua, the Messiah of Israel in Matetiiajo (Mat) 5:17-19 and 7:21-23 (knowing that “evil doers” really means “those who transgress the law” (Word “anomia” in Greek).) 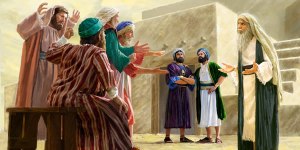 2. The transgression of the Jewish people became in wealth for gentiles who observed the Torah.

Romans 11:11-14  “I say then, have they stumbled that they should fall? Let it not be! But by their fall deliverance has come to the gentiles, to provoke them to jealousy. And if their fall is riches for the world, and their failure riches for the gentiles, how much more their completeness! (they will be restored because they are the chosen of people of Elohim) For I speak to you, the gentiles, in as much as I am an emissary to the gentiles, I esteem my service, if somehow I might provoke to jealousy those who are my flesh and save some of them”. (only some of them in the time of Shaul (Paul).

3. The root of the Wild olive-tree, which is Israel, sustain us the gentiles observant of the Torah, because we are grafted into them.

Romans 11:15 “For if their casting away is the restoration to favour of the world, what is their acceptance but life from the dead? Now if the first-fruit is set-apart (Israel), the lump is also (the observant gentiles). And if the root is set-apart, so are the branches. And if some of the branches were broken off, and you, being a wild olive tree (gentile), have been grafted in among them, and came to share the root and fatness of the olive tree, do not boast against the branches. And if you boast, remember: you do not bear the root, but the root bears you! You shall say then, “The branches were broken off that I might be grafted in (Paul no born Jewish, but israelite, of Abraham descendant, of the tribe of Benjamín). Good! By unbelief they were broken off, and you stand by belief (Yeshua). Do not be arrogant, but fear. For if Elohim did not spare the natural branches (Israel), He might not spare you either (the gentiles observant of Torah)”. 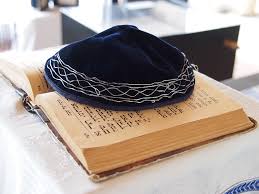 4. The Jewish people, will return to be grafted into their own olive tree.

Romans 11:22-24 “See then the kindness and sharpness of Elohim: on those who fell sharpness, but toward you kindness, if you continue in His kindness, otherwise you also shall be cut off.  And they also, if they do not continue in unbelief, shall be grafted in (the Jewish people), for Elohim is able to graft them in again. For if you were cut out of the olive tree which is wild by nature, and were grafted contrary to nature into a good olive tree, how much more shall these (Jews born of Jewish woman) who are the natural branches, be grafted into their own olive tree?.” 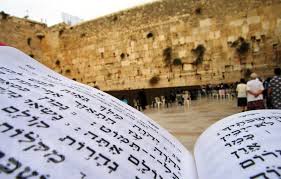 5. The Restauration of Israel.

Romans 11:25-31 “For I do not wish you to be ignorant of this secret, brothers, lest you should be wise in your own estimation, that hardening in part has come over Yisraĕl, until the completeness of the gentiles has come in (compare with Luke 21:24). And so all Yisraĕl shall be saved, as it has been written, “The Deliverer shall come out of Tsiyon, and He shall turn away wickedness from Yakov (Israel), and this is My covenant with them (the Jews), when I take away their sins. Truly, as regards the Good News they are enemies for your sake, but concerning the choice (the election) they are beloved for the sake of the fathers. For the gifts and the calling of Elohim (to his love people of Israel) are not to be repented of.  For as you also at one time disobeyed Elohim, but now have obtained compassion through their disobedience, so also these have now disobeyed, that through the compassion shown you they also might obtain compassion.”
In Luke 21:24 Yeshua, the Messiah of Israel says: “And they shall fall by the edge of the sword (Israel), and be led away captive into all nations. And Yerushalayim shall be trampled underfoot by the gentiles until the times of the gentiles are filled”.

Jerusalem was no longer  control by anyone but the Jewish people since the 6-day war in 1967. Starting from there “Israel shall be saved“. So let our Elohim, YHWH, do His work. Why distort the Jews to the false doctrine of “Jesus God”?. They are better in the true doctrine of the Torah and their hope for the Messiah of Israel (not God man).

1 Corinthians 1:22-23 ” And since Yehudim ask a sign, and Greeks seek wisdom, yet we proclaim Messiah impaled, to the Yehudim a stumbling-block and to the Greeks foolishness, but to those who are called (the chossen) – both Yehuḏim and Greeks – Messiah the power of Elohim (His power through Yeshua) and the wisdom of Elohim“. 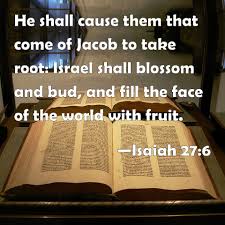 Like Loading...
LEA ESTA PÁGINA EN ESPAÑOL
Ler em Português
If our studies have opened your heart to the truth of the Torah, and the true Messiah of Israel (not God-man), help us Messianic Jews bring that truth to others: MAKE A DONATION
Thanks and Blessings to you