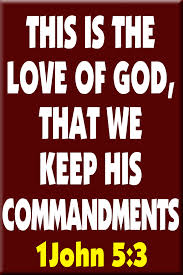 OUR ELOHIM, YHWH IS THE ONLY ELOHIM, INDIVISIBLE

Isaiah 44:6 “thus says YHWH, YHWH of hosts, the King of Israel, and his Redeemer:”I am the first and I am the last, and there is no Elohim besides me.”

Isaiah 42:8 “I am YHWH, that is my name; my glories to another will not give, nor my praise to graven images“.

Elohim is very clear: it is our Elohim, he is our King, our Redeemer, the first and the last, will not give his glory to another, and there is no other like it. Besides that tells us that we must love him with all our being, as our and only Elohim. 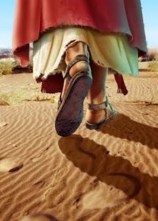 YESHUA IS THE SON OF ELOHIM, MESSIAH OF ISRAEL AND IN THE DWELLS ALL THE FULLNESS OF DEITY.

Yeshua is the Messiah of Israel promised in the Tanack, descendant of David, through his father Yosef biological. The divine nature is, because it comes from the father, may be before the father and see him, resurrected and in the lives all the fullness of deity. But, it is not Elohim.

Here are the verses:

Elohim says that Yeshua is his son: Matthew 3:16-17 “and Yeshua, after that he was baptized, then rose from the water; and behold heavens were opened to him, and he saw the spirit of Elohim which descending like a dove, and coming upon him. “And there was a voice from heaven, saying: this is my beloved son, in whom I have complacency“.

Yeshua Messiah confesses: John 4:25-46 “told the woman: I know that it has come the Messiah, called the Christ;” When he comes will declare us all things. “Yeshua said to him: I am, speaking with you”.

The disciples confess that Yeshua is the Messiah: John 1:41 “this first found his own brother Simon and said to him: we have found the Messiah”.

Elohim says that Yeshua is the Messiah: Matthew 16:16-17 “Simon Peter answered and said: you are the anointed one, the son of the living Elohim.” Then Yeshua said to him: Blessed are you, Simon son of Jonah, because you did not reveal flesh nor blood, but my father who is in heaven.

Peter confirmed it as son of the father: 2 Peter 1:17 “because when he received of Elohim Almighty honor and glory, a voice saying was sent to you from the magnificent glory: this is my beloved son, in which I have complacency“.

Yeshua testified that he was the Messiah before the Sanhedrin:

Matthew 26:63-64 “But Yeshua was silent. Then the high priest said to him: I adjure you by the living Elohim, that you tell us if you are you the anointed one (Messiah), the son of Elohim. Yeshua said to him: you have said; “and moreover I say unto you, that now you will see the son of man sitting at the right hand of the power of Elohim, and coming in the clouds of heaven”.

It says in the Gospel of John 1:14 “and the word was made flesh, and dwelt among us (and we saw his glory, glory as of the only begotten of the father), full of grace and truth“.

Yeshua testify of Elohim and the: John 17:3 “and this is eternal life: that they might know you, the only true and Yeshua ha Mashiach, whom you have sent.”

Also in John 1:18 “Elohim nobody saw him ever; the only begotten son, who is in the bosom of the father, he has given you to know”. 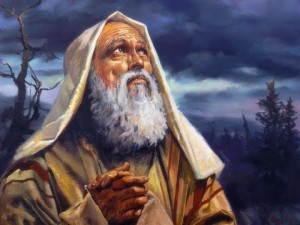 ELOHIM APPEARS OPENLY HUMANS, REVEALING YOUR NAME AND ITS STATUS AS THE ELOHIM OF ISRAEL. 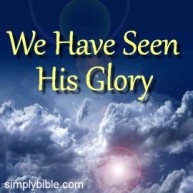 YESHUA NEVER SIGNED THAT THE HE IS ELOHIM, ALWAYS SHOWS A DIFFERENCE WITH HIS FATHER.

They appear in the text of the renewed Covenant:

Let’s take a look at some of those:

Mark 10:6 “but at the beginning of the creation, male and female made them Elohim“.

Mark 13:19 “because those days will be tribulation which there never has been since the beginning of the creation which Elohim created, up to this time, or there will be”.

Matthew 4: 10 then Yeshua said to him: go, Satan, for it is written: the Lord worships your Elohim, and only serves him”.

Matthew 12:50 ” because anyone who does the will of my father than the heavens, that’s my brother, and sister, and mother “.

Matthew 26:29 “And I say unto you that from now on I will not drink more of this fruit of the vine, until that day that drink it new with you in my father’s Kingdom”.

Luke 23:46 “then Yeshua, crying with a loud voice, he said: father, into your hands I commend my spirit.” And having said this, he expired.“

Luke 24:49 “Behold, I send the promise of my father upon you; but Tarry ye in the city of Jerusalem, until ye be endued with power from on high.”

John 15:15 “already not you call servants, for the servant does not know what his Lord; “but I have called you friends, for all things that I heard from my father, I have given them to you to know”.

John 16:23 “on that day no you will ask me nothing. “Of true, of true, I say unto you that whatsoever ye shall ask the father in my name, it will be given”.

Even after his death and risen followed saying the same thing

Revelation 3:21 “to him who overcomes, I will give you to sit with me on my throne, as I also overcame and sat down with my father in his throne”.

Revelation 3:5 “he who overcomes shall be clothed in white raiment; and I will not blot out his name from the book of life, and I will confess his name before my father and before his angels.”

We ended with a verse that implies and confirms everything

1 Timothy 2:5 “because there is a single Elohim, and one mediator between Elohim and men, Yeshua Mashiach  man.” 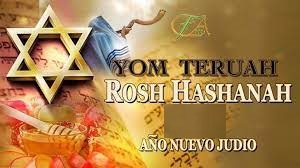 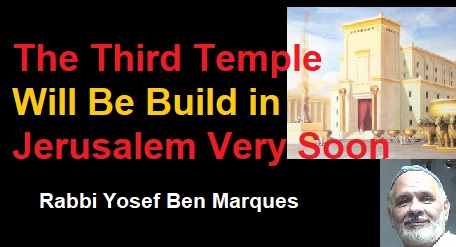 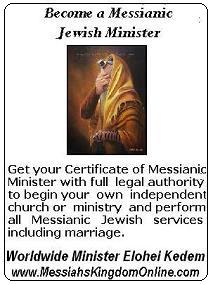