Much has been said about the day When Yeshua, the Messiah of Israel, was born. Many claim that it is difficult or almost impossible to determine exactly. Lucas, a born historian, did not settle for recounting the life of the Messiah of Israel, but left keys to discern accurately the day of his birth and that of his death; it was the least he could do for the most famous character of all time.

To learn more about the Nazarene Writings (NT) you have to read with a Hebrew mentality, knowing in detail the Torah and especially the YHWH Commandments given to Moses.

AND BIBLICAL TEXTS SHOULD BE GIVEN MORE IMPORTANCE than to the texts of the “Fathers of the Church”.

Devarim (Deu) 29:29 “Secret things belong to YHWH our Elohim; more revealed are for us and for our children forever, that we may fulfill all the words of this law.”

Luke 3:1-3 “In the fifteenth year of the empire of Tiberius Caesar,being governor of Judea Pontius Pilate,and Herod Tetrarca of Galilee, and his brother Philip tetrarca of Iturea and the province of Traconite,and Lisanias tetrarca of Abilinia,, being high priests Anas and Caiaphas,came word from Elohim to Yohanan (John the Baptist), son of Zechariah, in the desert. And he went throughout the region adjoining Jordan, preaching the baptism of repentance for forgiveness of sins”

WHO WERE THESE CHARACTERS?

Tiberius Caesar (Emperor of Rome) ruled from 18 September 14 until his death on March 16, 37

We can appreciate that it says that Yohanan began his ministry in the year 15 of the reign of Tiberius Caesar:

NOTE: Roman emperors dated their reigns from January 1 to December 31 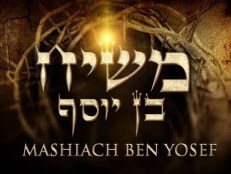 It also says in Lucas that:

Luke 3:23 “Yeshua himself at the beginning of his ministry was like thirty years (30),son, believed, of Yosef, son of Eli (Father of David)”

Yeshua, the Messiah of Israel, was 30 years old when he began his ministry. So it was within a few days that he was baptized by his cousin Yohanan (6 months older) in Jordan:

Matitiyahu (Mat) 3:13-16 “Then Yeshua came from Galilee to Yohanan to Jordan, to be baptized by him. But John opposed him, saying, I need to be baptized for you, and you come to me? But Yeshua said unto him, Leave now, for thus it is expedit that we do all righteousness. Then he left him. And Yeshua, after he was baptized, went up after the water; and behold heaven was opened to him, and he saw Ruah Elohim descending like a dove, and came upon him.”

If we count backwards 30 years since 29 AD. (fifteenth of the empire of Tiberius Caesar) we’ll get the year 2 A.D. See:

Before Christ After Christ (there is no zero year between A.C. and D.C.)

THE PROBLEM OF HEROD THE GREAT’S DATE OF DEATH

It has always been claimed that Herod the Great (famous for talking to the Magi and having all the children under the age of two killed in Bethlehem and all around him(Matetiyahu (Mat) 2) died in 4 BC.

The conclusive fact of this was that Josephus, a Jewish historian, in Antiquities,17.6.4, says that Herod died after a lunar eclipse and lists a series of events between this eclipse and Easter (April 07).

It is now known that there were only two PROBABLE eclipses in that period: a partial eclipse on March 13, 4 B.C. and a total eclipse on January 10, 1 B.C. Josephus says (Jewish Antiquities XVII:166-167,213) the eclipse occurred “before” not “after” the death of Herod, who ruled 37 years.

The true Jewish tradition, documented in Megillat Taanit 23a says: that Herod died on 2 Sebat (January/February, that is, the 2nd of the month of Adar). So the january 10 eclipse of 1 B.C. occurred before Herod’s death, not like the one of March 13, 4 B.C., which happened next.

Antiquities ; XV 5:2″ at this time this fight occurred at Actium, between Octavius Caesar and Anthony in the seventh year of Herod’s reign; , and , it was then also that there was an earthquake in Judea, just as it had not happened at any other time.”
The Battle of Actium was on September 02, 31 BC.
Then seven years earlier Herod began his reign. 31 B.C. +7 years old – 38 B.C.

Antiquities XVII 8:1 says “when he had done these things,, (Herod) died,, the fifth day after he had caused Antipater to be killed;; having , reigned, since he sought Antigone to be killed, thirty-four , years;; but , he had been declared king by the Romans, thirty-seven years ago.“

We have confirmed Herod died on 2 Sebat (January/February) of 1 B.C.

WHEN WAS THE MESSIAH OF ISRAEL BORN?

Luke 2:21-24 “After eight days to circumcise the child, they named him Yeshua, which had been given to him by the angel before it was conceived. And when the days of purification of them (THE JUDIOS) were fulfilled, according to the law of Moses, they brought him to Jerusalem to present to Elohim (as written in the law of Elohim: Every man who opens the matrix will be called holy to Adonai),and to offer according to what is said in the law of YHWH: A pair of lovebirds, or two pigeons” .

Luke 2:36-38 “There was also Anne, prophetess, daughter of Fanuel, of the tribe of Aser, of very advanced age, for she had lived with her husband seven years since her virginity, and was a widow eighty-four years ago; and did not depart from the temple, serving night and day with fasts and prayers. She, presenting herself at the same time, thanked Elohim, and spoke of the child to all who awaited redemption in Jerusalem.”

As you can see “the days of purification of them” refers to the Jewish people, that is, the Feast of Yom Kippur, which is celebrated for 10 days, being the last day on the 10th of Tishri. That day the temple was open day and night (as is the case of Anne, the prophetess),not like all the other days that closed at dusk.

En the Moses Act (YHWH Act) says it should be done when giving birth to a male child:

Bereshit (Gen) 17:12 “And of the age of eight days every man among you shall be circumcised by your generations; the born at home, and the one bought for money from any foreigner, other than your lineage.”

Shemo (Exo) 13: 2, 12 “Get all firstborn. Anyone who opens a matrix among the children of Israel, as well as ofmen and animals, mine is “and ” you will dedicate toYHWH all who open the matrix, and also every first born of your animals; males will be YHWH.”

Yosef and Miriam. Yeshua’s father and mother, the Messiah of Israel, after eight days to circumcise the child Yeshua went to the Temple. Luke tells us that they did it on the 10th of Tishri, on the Feast of Yom Kippur .

So we can easily count back 8 days, from the 9th of the Seventh Month (known as Tishri) and reach the exact day of the messiah’s birth of Israel, that is, the 1st of the Seventh Month of the year 2 BC. (approximately in September, by that date). That corresponds to the birth of Yeshua, the Mashiaj of Israel in Yom Teruah (Rosh Hashana).

Yeshua, Israel’s Mashiaj, was born on

1 Tishri from year 2 BC. on the day of Yom Teruah, the Feast of the Trumpets (Shofar).

So on the Feast of Sukot (Tabernacles) Yeshua was 15 days old, in which the shepherds were warned by the angels that the Mesias had been born and came to the Wizards of the East guided by the star.

Luca 2:4-7 “Yosef therefore went up from Galilee, from the city of Nazareth, to Judea, to the city of David, called Bet-léhem (for it was from the house and family of David),5 to be inscribed with Miriam, his wife, who was pregnant (He was not born). 6 And it came to pass that while they were there, she had the days of giving birth, 7 and gave birth to her firstborn son (In Tishri’s 1st of the year 2 B.C. – Feast of Yom Teruah), and she wrapped him in diapers, and lay him down in a manger (Tabernacle – Feast of Sukot – 15 days after he was born), because there was no room for them in the inn”.

Luke 2:8-12 “And there were shepherds in that region posing in the open field, taking turns keeping the vigil of the night upon their flocks. 9 And an angel of Adonai appeared before them, and the glory of Adonai surrounded them with glare, and they had great fear. For behold, I give you good news of great joy, which shall be for all the people: 11 Today a Savior was born unto you in the city of David, which is the Messiah, the Lord! 12 And this shall be the sign to you: Ye shall find a child wrapped in diapers, and lying in a manger (Tabernacle – Feast of Sukot).

Matthew 2:1-2 “After Yeshua was born in Beth-lehem of Judea (In the 1st of Tishri of the year 2 BC – Feast of Yom Teruah)in the days of King Herod, behold some wizards of the east came to Jerusalem, 2 saying: Where is the one who was born King of the Jews? Because we saw his star in the East and we came to worship him.”

Matthew 2:10-11 “Then, when they saw the star, they rejoiced with great joy, 11 and entered the house (Tabernacle ) – Feast of Sukot), they saw the child with his mother Miriam, and prostrating himself worshipped him; then they opened their treasures and offered him gold, incense and myrrh as present.

Yeshayahu (Isa) 19:20 “And it shall be by sign and by testimony to YHWH of the armies in the land of Egypt; because they will cry out to YHWH because of their oppressors, and he will send them savior and prince to free them.”

Shalom Alejem – Blessings to All

Like Loading...
LEA ESTA PÁGINA EN ESPAÑOL Weekly Parasha: Emor “Speak”
Torah: Vayikra (Leviticus) 21:1-24:23
Haftara:Ezekiel (Yechezk’el) 44:15-31
Ketubin Netzarim:Luke 18-20
Let's take this truth to others. Would you be willing to help us by giving a donation? Every penny will help