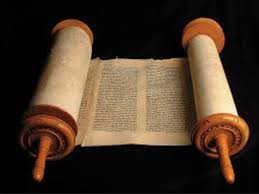 Here we have the Drashas given by Rabbi Yosef Ben Marques and Ro’eh Juan Dutel each Shabbat on the Torah, the law of Moses and the commandments of Yeshua given in the “Kehila Elohei Kedem” in Caracas, Venezuela.
Every Wednesday we put new teaching about Messianic Judaism. Place your email on the right where it says “Receive new studies via Email” and we will send it to your email each week the best articles about Netzarim Messianic Jews.
Order of articles: Older(1) to Newer (53) February 2019

2. Be Holy as Elohim is Holy

3. The Gentiles in the New Testament were all Greek proselytes

4 Circumcision in the Torah (Brit Milah)

6 Council of Jerusalem (acts 15): must be Yehudi to follow Yeshua

7. The use of the tzitzit is both for men and women

8 Traditions: Invalidating the commandments of YHWH

9 Tithe is only for Jews and Messianic Jews, not for Christians

10 Separated in order to prosper under the hand of Elohim

11 Yeshua is divine and is the Messiah of Israel, but is not Elohim

13.The Wrong Belief in the Plurality of Elohim

14 Nine Facts that Refute the Virgin Birth of Yeshua

16. Why We Use Hebrew Names

17- Follow Me, and leave the dead to bury their own dead.

18. The Biblical Hebrew Calendar and the Feasts of Elohim (God)

22. Jewish Halakha and the Rabbinic Authority in the Messianic Jewish World

23. Yeshua, the Angel of Elohim, the Messiah of Israel

24. The obligation to recite the Shema and how to pray to Elohim

26. Reason for living: eat, drink and be glad with the joy of Elohim

27. Christmas Is Not Biblical, It is Pagan

28. Hanukkah the Feast of Dedication. Is it Biblical?

29. Determining when Yeshua the Messiah of Israel was born.

31. Nazarene Messianic Jews Through Out History

32. Is There Biblical Divorce for Domestic Abuse Women?

33. Why We Do Not Proselyte to the Jewish People?

35. 50 Bible Verses That Prove Yeshua (Jesus) Is Not Elohim (God) The Creator

36. The Council of Nicea and the Start of the False Christianity

37. Beard and Hair in Men, Specially in the Rabbi.

38. The Aaronic Blessing from the Priest to the Congregation (Numbers 6:22-27)

43. Arguments In Favor of the the Trinity Refute It- (Part 1)

45. Where Are Buried Apostles Peter and Paul?

46. Differences between Hebrew, Jew and Israelite

48. The Third Temple Will be Built in Jerusalem for the Coming of Messiah

49. Kosher Food According to Elohim

52. Orthodox rabbis do indirectly see the Netzarim Jews as part of Judaism (Jan 2019)

Like Loading...
LEA ESTA PÁGINA EN ESPAÑOL
Ler em Português
If our studies have opened your heart to the truth of the Torah, and the true Messiah of Israel (not God-man), help us Messianic Jews bring that truth to others: MAKE A DONATION
Thanks and Blessings to you