Do You need to be circumcised?

At the Council of Jerusalem around the year 49 AD, it was discussed the problem of“salvation through circumcision” (brit milah in hebrew)

Acts 15:1 “And certain men which came down from Judaea taught the brethren, and said, Except ye be circumcised after the manner of Moses, ye cannot be saved“.

And the point was also hint:

Acts 15:5 “But there rose up certain of the sect of the Pharisees which believed, saying, That it was needful to circumcise them, and to command them to keep the law of Moses“.

Although at this point James (brother of Yeshua) said regarding God’s Law as follows:

Acts 15:21 “For Moses of old time hath in every city them that preach him, being read in the synagogues every sabbath day“.

This implying that new disciples “Gentile proselytes”, listening would follow the law, every Shabbat in the synagogues where they attended.

The basic problem was circumcision. This practice, instituted by YHWH, as a sign of the covenant of the Lord, the man was made in Genesis 17: 10-14

This law of circumcision was only for men, not for women. 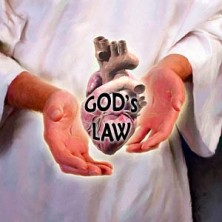 But the concern or interest of God, was in the heart of the people and less on the flesh:

Deuteronomy 10:16-17 “Circumcise therefore the foreskin of your heart, and be no more stiffnecked. Deu 10:17 For the LORD your Elohim is Elohim of gods, and Lord of lords, a great Elohim, a mighty, and a terrible, which regardeth not persons, nor taketh reward”

Elohim was clearly more interested in a change of heart, than the fact of the carnal foreskin cut.

In Joshua 5:2-9 saysYHWH, circumcised the people of Israel:

“At that time the LORD said unto Joshua, Make thee sharp knives, and circumcise again the children of Israel the second time . And Joshua made him sharp knives, and circumcised the children of Israel at the hill of the foreskins. And this is the cause why Joshua did circumcise: All the people that came out of Egypt, that were males, even all the men of war, died in the wilderness by the way, after they came out of Egypt. Now all the people that came out were circumcised: but all the people that were born in the wilderness by the way as they came forth out of Egypt, them they had not circumcised . For the children of Israel walked forty years in the wilderness, till all the people that were men of war, which came out of Egypt, were consumed, because they obeyed not the voice of the LORD: unto whom the LORD sware that he would not shew them the land, which the LORD sware unto their fathers that he would give us, a land that floweth with milk and honey. And their children, whom he raised up in their stead, them Joshua circumcised: for they were uncircumcised, because they had not circumcised them by the way. And it came to pass, when they had done circumcising all the people, that they abode in their places in the camp, till they were whole. And the LORD said unto Joshua, This day have I rolled away the reproach of Egypt from off you. Wherefore the name of the place is called Gilgal unto this day”.

It is interesting that for 40 years the Israelites wandered in the desert, some young people, uncircumcised, killed, and by no means stopped their souls be saved . But Elohim, wanted to circumcise them together again to the holy people unite.

Jeremiah 4:4 ” Circumcise yourselves to the LORD, and take away the foreskins of your heart , ye men of Judah and inhabitants of Jerusalem: lest my fury come forth like fire, and burn that none can quench it, because of the evil of your doings”.

Jeremiah 9:25-26 “Behold, the days come, saith the LORD, that I will punish all them which are circumcised with the uncircumcised ; Egypt, and Judah, and Edom, and the children of Ammon, and Moab, and all that are in the utmost corners, that dwell in the wilderness: for all these nations are uncircumcised, and all the house of Israel are uncircumcised in the heart”.

In the Renewed Covenant (NT), this trend is also being favored:

Acts 7:51 ” Ye stiffnecked and uncircumcised in heart and ears, ye do always resist the Holy Ghost : as your fathers did, so do ye”.

Acts 21:20-25 “And when they heard it, they glorified the Lord, and said unto him, Thou seest, brother, how many thousands of Jews there are which believe ; and they are all zealous of the law: And they are informed of thee, that thou teachest all the Jews which are among the Gentiles to forsake Moses, saying that they ought not to circumcise their children , neither to walk after the customs. What is it therefore? the multitude must needs come together: for they will hear that thou art come. Do therefore this that we say to thee: We have four men which have a vow on them; Them take, and purify thyself with them, and be at charges with them, that they may shave their heads: and all may know that those things, whereof they were informed concerning thee, are nothing; but that thou thyself also walkest orderly, and keepest the law. As touching the Gentiles which believe, we have written and concluded that they observe no such thing, save only that they keep themselves from things offered to idols, and from blood, and from strangled, and from fornication”.

Rom 3:30-31 “Seeing it is one Elohim, which shall justify the circumcision by faith, and uncircumcision through faith. Do we then make void the law through faith? Elohim forbid: yea, we establish the law”.

In all of these verses, we see as circumcision or uncircumcision, no matter, wherever there is circuncision of the heart:one who follows Yeshua, and keep the commandments of YHWH. As Paul says:

Affirming the end, that Yeshua broke the wall of division between Jews and Gentile proselytes .

Ephesians 2:11-14 “Wherefore remember, that ye being in time past Gentiles in the flesh, who are called uncircumcision by that which is called the Circumcision in the flesh made by hands ; That at that time ye were without Christ, being aliens from the commonwealth of Israel, and strangers from the covenants of promise, having no hope, and without God in the world: But now in Christ Yeshua ye who sometimes were far off are made nigh by the blood of Christ. For he is our peace, who hath made both one, and hath broken down the middle wall of partition between us”

NOTE: Only a single verse of the Torah is that God, claimed the two circumcisions:

Only those who are in the Sanctuary, are required to be circumcised in the flesh, after being born again (Circuncize in the heart). For other males: Is it optional if they want to do it ?

Remember that many times we circuncize our children when they are young ; if we do it to them why not to ourselves? That is apoint to meditate.

Do I need to be circumcised?
Yes, it is part of keeping the Abraham Covenant, the same man who reach salvation through faith as Paul says so in Romans 4:3 “For what saith the scripture? Abraham believed God, and it was counted unto him for righteousness”. So what are you afraid?

In order for a Messianic Jew to eat of the Passover in “remembrance” of Yeshua the Messiah, in Exodus 12:48, even he must get circumcised, or he can not eat of it.

As Rev 14:12 says “Here is the patience of the saints: here are they that keep the commandments of Elohim, and the faith of Yeshua”.

3 thoughts on “Circumcision in the Torah (Brit Milah)”

LEA ESTA PÁGINA EN ESPAÑOL Weekly Parasha: Vayishlach “He send"
Torah: Bereshit (Genesis) 32:3-36:43
Haftara: Ovadyah (Obadiah) 1-21
Ketubin Netzarim: Matityahu (Matthew) 17-18
Let's take this truth to others. Would you be willing to help us by giving a donation? Every penny will help 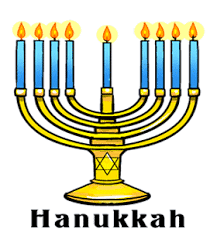